A class was planning a secret Santa exchange. A student suggested that they should make a vending machine for presents with an elf inside who would deliver the presents down a slide. She created something similar the year before, but she wanted to refine her idea. She engaged about a quarter of the students in the class in this project and they worked on it at lunchtime.

While other children helped make the vending machine, this student was the leader and visionary for behind the project. She was also very committed to problem solving; e.g., how to create the door opening, how to store gift cards safely, and how to make a slide within the space limitations. At times, the student was overly focused on smaller details such as decorations rather than on the whole design.

In the end, the student organized the building of two vending machines, one for the class secret Santa gifts for and a second one, installed in the hallway, for giving gifts to the rest of the school (the class made over 300 salt dough ornaments to hand out).

When the students finally put the Santa vending machines in place, another problem came to light. The slide as originally built stuck out too far. So she made a fold up slide that doubled as a mailbox for letters to Santa.

Students enjoyed hiding out in the half built structures – they drew homey televisions and fireplaces on the walls - as well as finally using it in the way intended.

The teacher interviewed the student and scribed her answers. The student came to recognize creativity in herself and valued discussing her thinking. 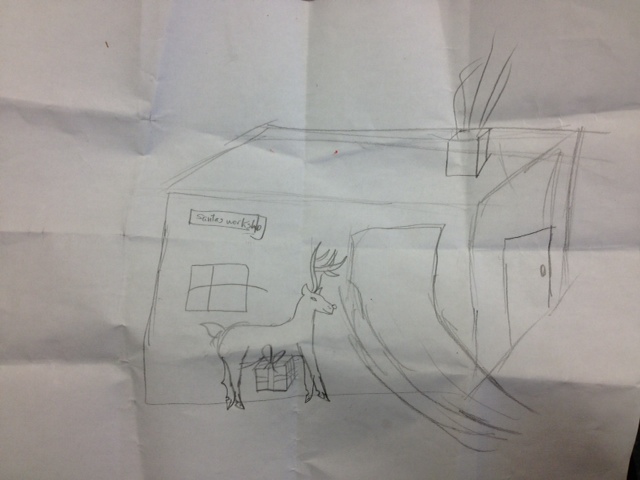 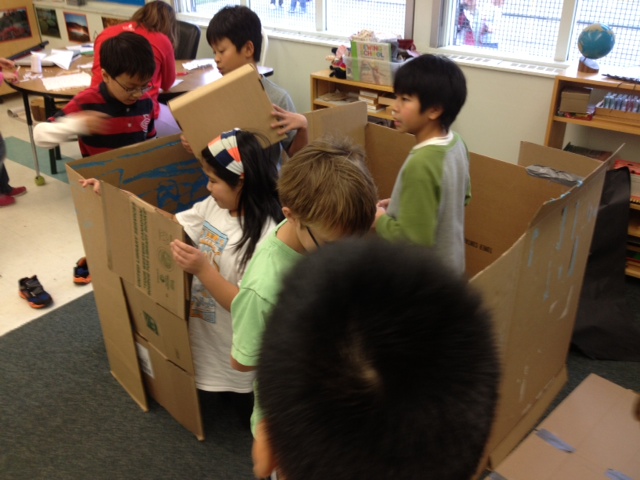 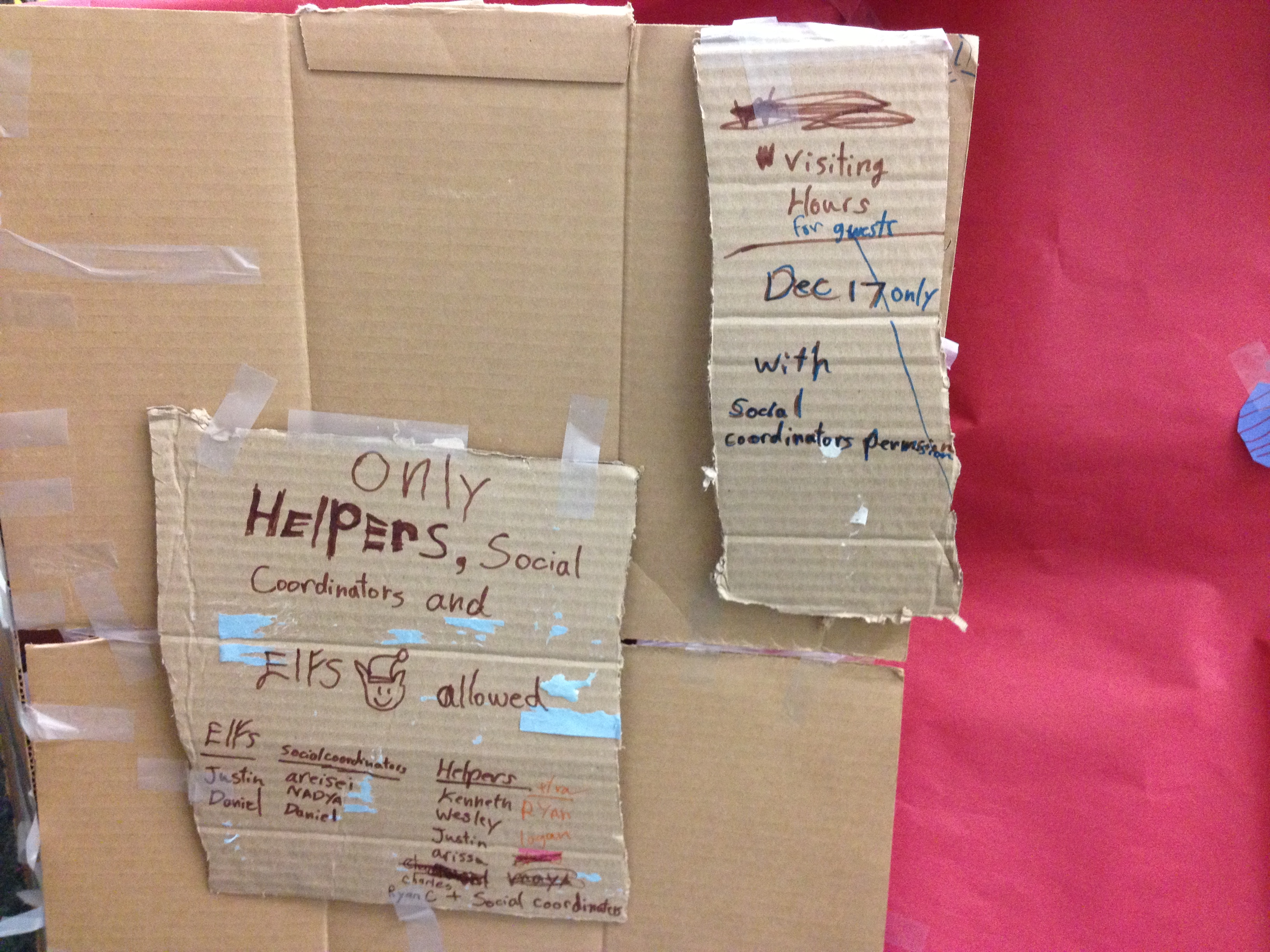 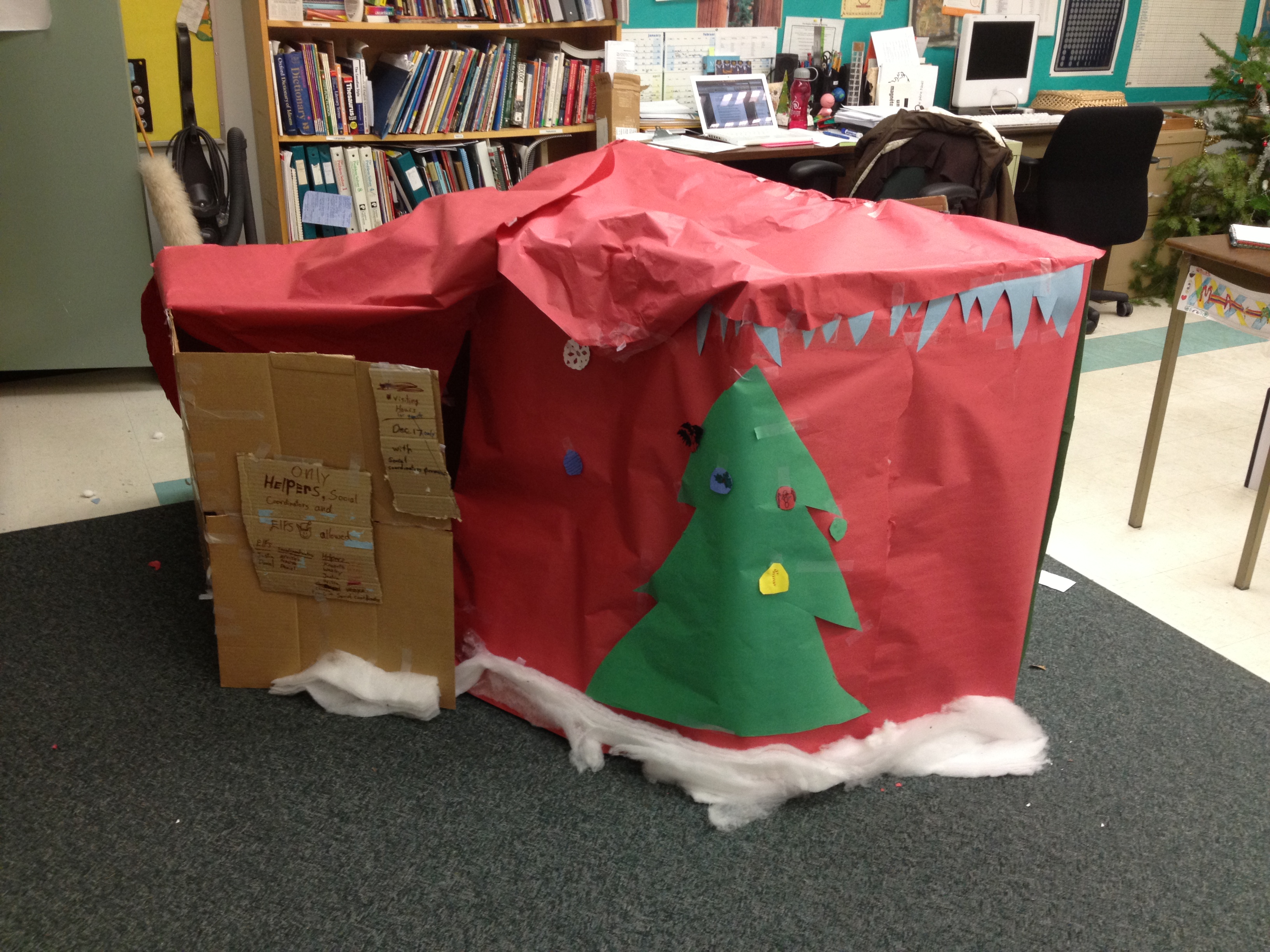 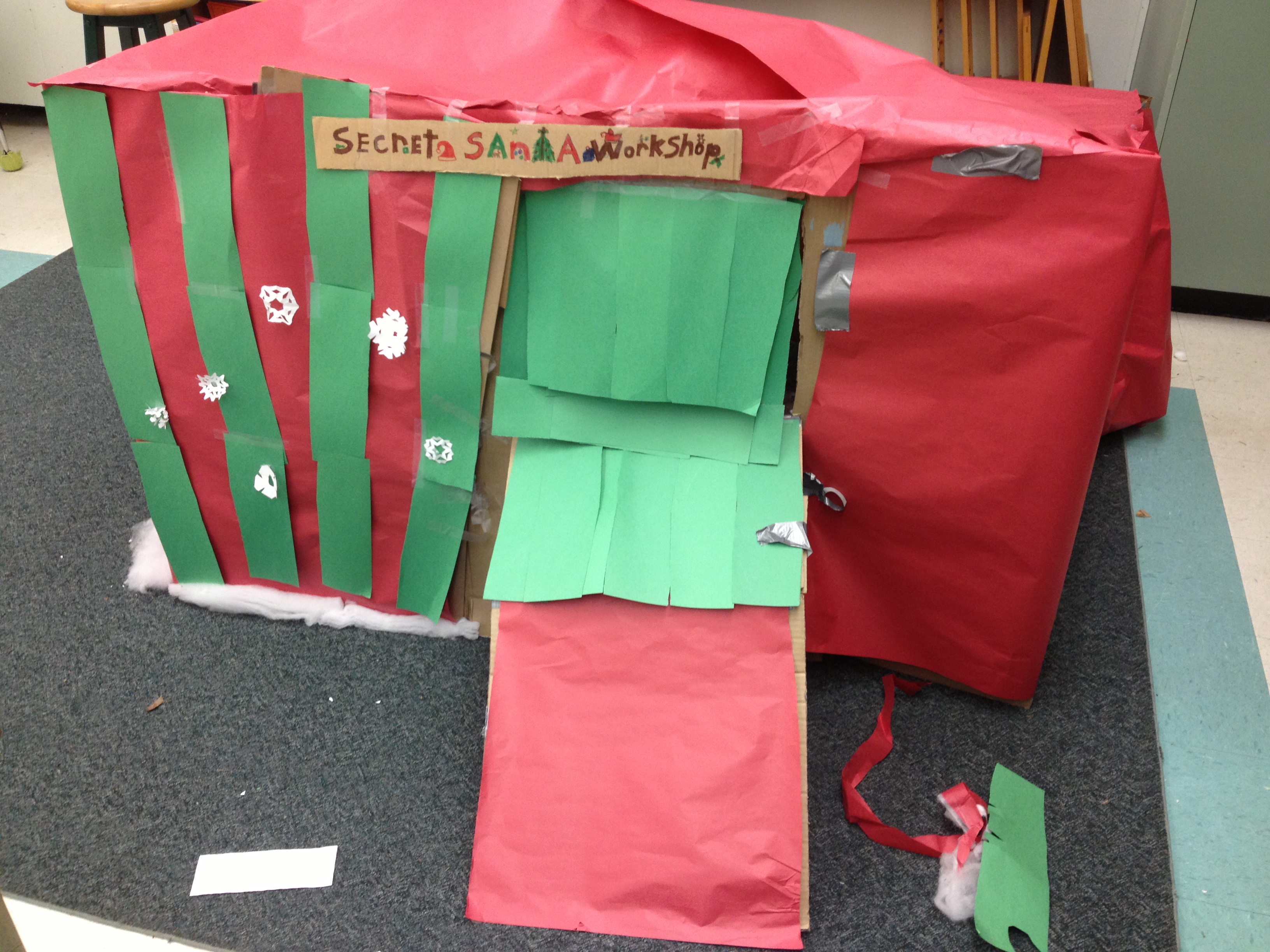 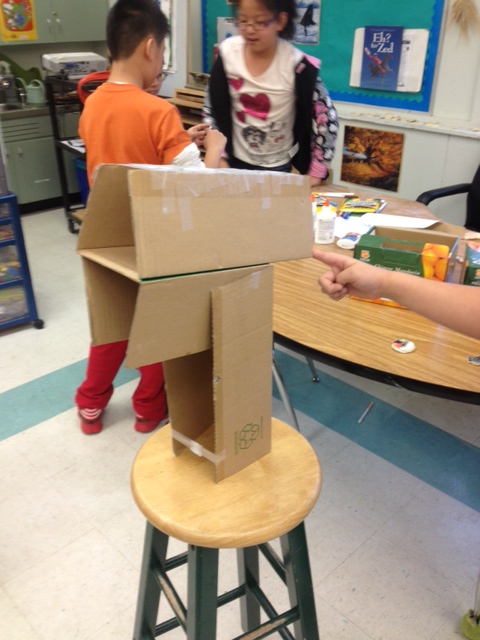 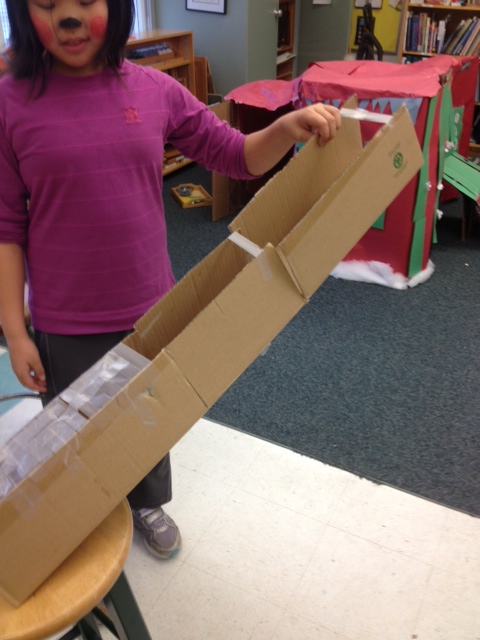 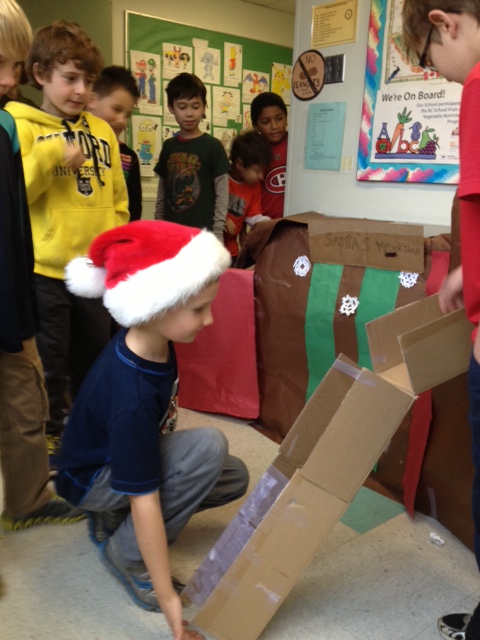 I can get new ideas in areas in which I have an interest and build my skills to make them work.

I generate new ideas as I pursue my interests. I deliberately learn a lot about something by doing research, talking to others, or practicing, so that can generate new ideas about it; the ideas often seem to just pop into my head. I build the skills I need to make my ideas work, and I usually succeed, even if it takes a few tries.