Students were asked to design and build mousetrap cars. They were encouraged to do research but were not allowed to use pre-made kits. Students built and tested prototypes, and then modified their designs. While students worked individually to each make a car, they often gave each other suggestions on how to improve or fix each other’s initial constructions. The students’ final cars were entered in a class Mousetrap Car Competition to see whose car could go the farthest. 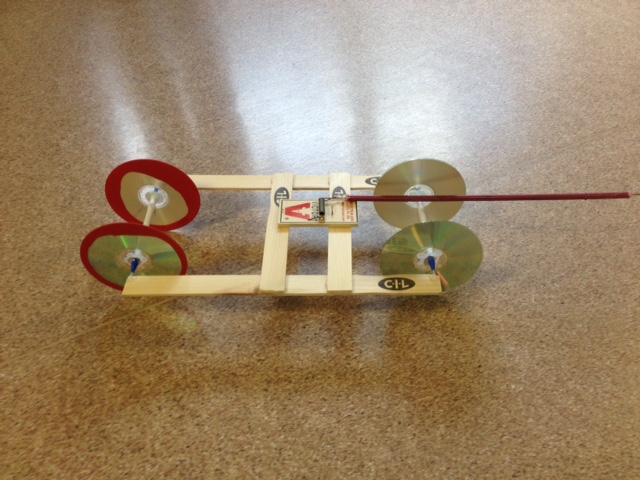 She adjusted the body of her car to reduce the amount of friction created and added a longer string, so her car could go further. Her biggest problem was that her car veered to the left instead of going in a straight line. She flipped the wheels 180 degrees to see if that would fix the problem, but it did not. She asked if the cars could be launched in the gym instead of the hallway so that her car’s swerving would not cause it to crash into a wall before it reached its maximum distance. She later speculated that making the car heavier would have helped prevent the wheels from coming loose and causing the car to veer to the side.