During free centre time, a student uses a magnetic wand to try and move pipe cleaners and pompoms to the top of a plastic bottle.

During free time, this boy was at the light table with the plastic bottles filled with pipe cleaners and pompoms and a magnetic wand. He concentrated on his task, using the magnetic wand to bring the pipe cleaners up the bottle.  He said, “It’s going up!” He was able to bring 3 pipe cleaners to the top of the bottle. He was also trying to move the pompoms. When asked, “What about the pompoms?”, he replied that because they were balls, they run away. 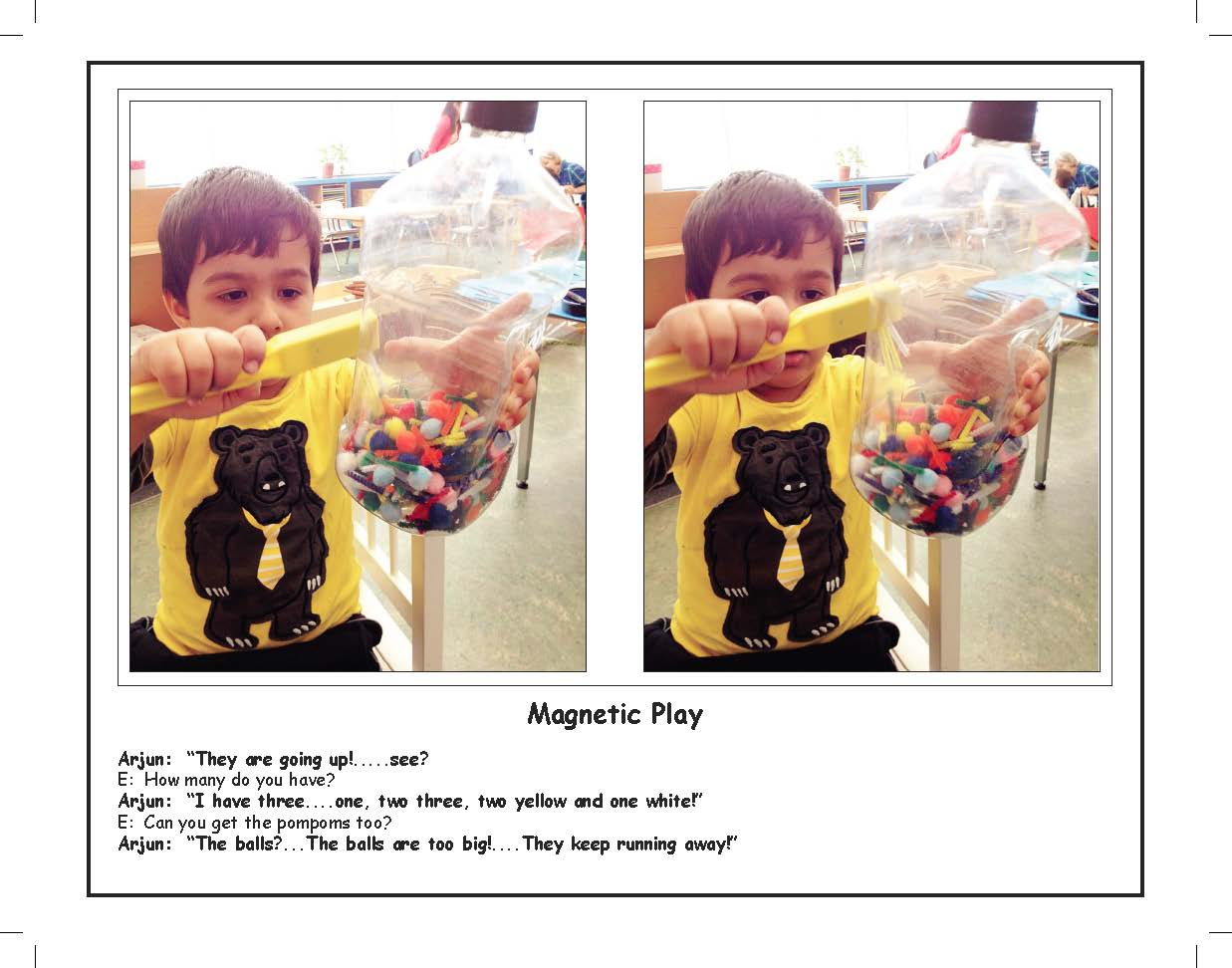 I can explore materials and actions. I can show whether I like something or not.